Time-Line / Pass it on

(Everything contained within this web site has been taken from the public domain. Hopefully I have not  used information / pictures that require permission. If so please do not hesitate to contact me.

4000 B.C. Textiles made of hemp are used in China. Remains have been found of hemp fibres from this period and from Turkestan a century later.

2727 B.C. First recorded use of cannabis as medicine in Chinese pharmacopoeia. In every part of the world humankind has used cannabis for a wide variety of health problems.

1500 B.C. Cannabis cultivated in China for food and fibre.

1200 - 800 B.C. Bhang ( dried cannabis leaves, seeds and stems ) is mentioned in the Hindu sacred text Atharva Veda (Science and Charms ) as "Sacred grass", one of the five sacred plants of India. It is used medicinally and ritually as an offering to Shiva.

700 - 600 B.C The Zoroastrian Zend-Avesta, an ancient Persian religious text of several hundred volumes, and said to have been written by Zarathustra ( Zoroaster ), refers to bhang as Zoroaster's "good narcotic".

500 B.C. Scythian couple die and are buried with two small tents covering censers. Attached to one tent stick was a decorated leather pouch containing wild cannabis seeds. This closely matches the stories told by Herodotus. The grave site, discovered in the late 1940's, was in Pazryk, northwest of the Tien Shan mountains in modern-day Kazakhstan.

500 B.C. Hemp is introduced into Northern Europe by the Scythian. An urn containing leaves and seeds of the cannabis plant, unearthed near Berlin, is dated about this time.

430 B.C. Herodotus reports on both ritual and recreational use of cannabis by the Scythian.

100 - 0 B.C. The psychotropic properties of cannabis are mentioned in the newly compiled herbal Pen Ts'ao Ching which is attributed to an emperor c. 2700 B.C.

70 A.D. Dioscorides mentions the use of cannabis as a Roman medicament.

500 - 600 A.D. The Jewish Talmud mentions the euphoric properties of cannabis.

900 - 1000 A.D. Scholars debate the pros and cons of eating hashish. Use spreads through Arabia.

12th Century Cannabis is introduced to Egypt during the reign of the Ayyubid dynasty on the occasion of the flooding of Egypt by mystic devotees coming from Syria.

1155 - 1221 Persian legend of the Sufi master Sheik Haidar's of Khorasan's personal discovery of cannabis and its subsequent spread to Iraq, Bahrain, Egypt and Syria. Another of the earliest written narratives of the use of cannabis as an inebriate.

13th Century The oldest monograph on hashish, Zahr al-'arish fi tahrim al-hashish, was written. It has since been lost.

1231 Hashish introduced to Iraq in the reign of Caliph Mustansir.

1271 - 1295 Journeys of Marco Polo in which he gives second-hand reports of the story of Hasan ibn al-Sabbah and his "assassins", using hashish. This is the first time reports of cannabis have been brought to the attention of Europe.

1378 Ottoman Emir Soudoun Scheikhouni issues one of the first edicts against the eating of hashish.

1549 Angolan slaves brought cannabis with them to the sugar plantations of northeastern Brazil. They were permitted to plant their cannabis between rows of cane, and to smoke it between harvests.

mid 16th Century The epic poem, Benk u Bode, by the poet Mohammed Edn Soleiman Foruli of Baghdad, deals allegorically with a dialectical battle between wine and hashish.

17th Century Use of hashish, alcohol, and opium spreads among the population of occupied Constantinople.

1798 Napoleon discovers that much of the Egyptian lower class habitually uses hashish. He declares a total prohibition. Soldiers returning to France bring the tradition with them.

1809 Antoine Sylvestre de Sacy, a leading Arabist, reveals the etymology of the words "assassin" and "hashishin".

1840 In America, medicinal preparations with a cannabis base are available. Hashish also available in Persian pharmacies.

1843 Le Club des Hachichins, or Hashish Eaters Club, established in Paris. Has its heyday in 1840s.

1890 Greek Department of Interior prohibits import, cultivation and use of hashish.

1890 Hashish made illegal in Turkey

1906 Pure Food and Drug Act is passed, regulating the labelling of products containing alcohol, opiates, cocaine and cannabis among others. The law went into effect January 1st 1907.

1920 Metaxus dictators in Greece crack down on hashish smoking.

1926 Lebanese hashish production peaks after World War I until prohibited in 1926.

1928 Recreational use of cannabis is banned in Britain.

1930 Yarkand region of Chinese Turkestan exports 91,471 kg of hashish legally into the Northwest Frontier and Punjab regions of India.

1934 - 1935 Chinese government moves to end all cannabis cultivation in Yarkland and charas traffic from Yarkland. Both licit and illicit hashish production become illegal in Chinese Turkestan.

1936 Propaganda film "Reefer Madness" made to scare American youth away from using cannabis.

1937 Cannabis made federally illegal in the U.S. with the passing of the Marijuana Tax Act.

1941 - 1942 Hand-rubbed charas from Nepal is choicest hashish in India during World War II. 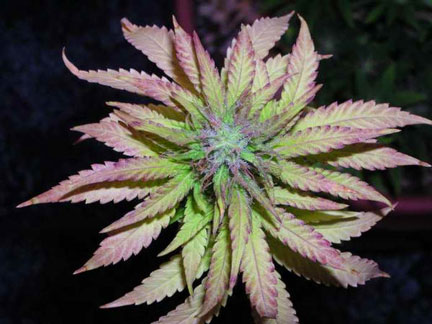 Hotel de Lauzun in Paris,
home of the Hashish Club 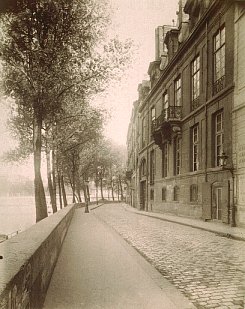 1962 First hashish made in Morocco.

1965 Mustafa comes to Ketama in Morocco to make hashish from local Kif.

1967 The Beatles pay for a full page advertisement in a British Newspaper, which states, "The law against marijuana is immoral in principle and unworkable in practise."

1970 - 1973 Huge fields of cannabis are cultivated for hashish production in Afghanistan.Truly great hashish is available !

1972 The President Nixon appointed Shafer Commission urged use of cannabis be re-legalised, but their recommendation was ignored. Medical research continues.

1980 Paul McCartney is arrested by Japanese officials at Tokyo International airport when they find two plastic bags in his suitcase containing 219 grams of marijuana.

1980s Morocco becomes one, if not the largest, hashish producing and exporting nations.

1986 Most private stashes of pre-war Afghan hashish in Amsterdam, Goa and America are nearly finished.

1987 Moroccan government cracks down upon cannabis cultivation in lower elevations of Rif mountains.

1988 In the U.S. DEA administrative law Judge Francis Young finds after thorough hearings that marijuana has clearly established medical use and should be re-classified as a prescriptive drug. His recommendation is ignored.

US technology. At his funeral days later, tens of thousands of Medellin residents come out to mourn him.

1995 Introduction of hashish-making equipment and appearance of locally produced hashish in Amsterdam coffee-shops.

1995 Howard Marks released from United States Federal Penitentiary, Terra Haute, Indiana. At the height of his career he was smuggling consignments of up to 30 tons from Pakistan and Thailand to America and Canada. ( 'Mr Nice.' )

2000 Former US President Bill Clinton is quoted in 'Rolling Stone': " I think that small amounts of marijuana have been decriminalised in some places, and should be".

2001 An Editorial in the, ' The Lancet' - the United Kingdom top medical journal - criticises the futility of drug prohibition and America's present anti-drug strategies.

2001 Britian's Home Secretary, David Blunkett, proposes relaxing the classification of cannabis from a class B to a class C drug.

2002 Drug Czar John Walters travels to Las Vegas, Nevada and begins two days of making appearances around the state illegally lobbying against question 9; a proposal to amend the state constitution by making the possession of three ounces or less of marijuana legal for adults. The measure is defeated at the polls the following month.

2003 Canada is the first country in the world to offer medical marijuana to its patients.

2003 James Geddes, originally sentenced to 150 years for possession of a small amount of marijuana, marijuana paraphernalia and for growing five marijuana plants is released.

2004 Russia makes possession of all drugs in amounts for personal use a civil rather than criminal offence, subject to a fine.

2004 Spain moves drugs brief from Ministry of the Interior to Minister of Health.

2006 United Kingdom House of Commons Select Committee on Science and Technology report on drug classifications is released. The report roundly condemns the Home Office for their rigid defence of the current A - C drug classification system. The system is based on historical precedent, vagaries of public opinion and media hysteria and the misuse of the criminal justice system to ' send out a signal,' rather than on an evidence-based hierarchy of harm as it is supposed to be - a circumstance demonstrated most blatantly by the fact that alcohol and tobacco are not included in this supposed scale of harms. Furthermore, these signals are completely ineffective in deterring drug use.

2007 Pressure is building across Europe for drug law reform. Portuguese drug policy has now been in place for five years and has produced impressive, proven results in combating drug-related crime and reducing fatalities. Meanwhile, the Netherlands is gradually progressing plans for the state production and distribution of cannabis, aiming to eliminate the criminality controlled area of discrepancy between the de facto decriminalisation of cannabis possession and small scale sales and the criminalisation of its wholesale production and supply.

Rif mountains in the province of Chefchaouen 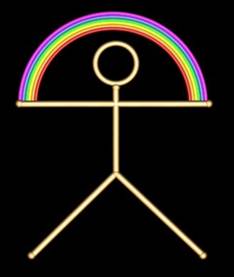 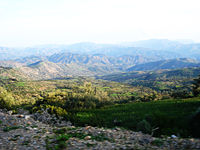 2007 FOURTWENTYDAY 08 is up and running. How far and how much support it will get only time will tell. There is a whole community out there that understand and embrace 420 and have done so for a number of years. Hopefully, FOURTWENTY DAY 08 will expand this and the whole cannabis using world will celebrate, with old and new friends -FOURTWENTYDAY 08 - April 20th, 2008 - 4:20 pm. 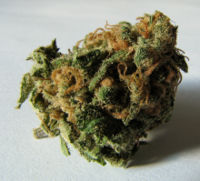 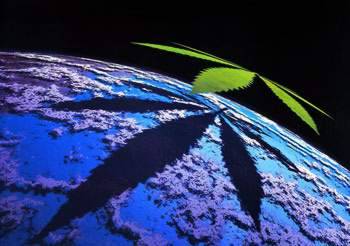 Latest scientific evidence behind 20 of the UK's most widely used drugs. Based on a radical reassessment of the dangers of drugs using science.All easily available.

a) What the drug does to a person

b) How addictive is the drug

2009 - January 26th - The UK clasification of cannabis goes up to 'B' again despite advice from UK scientists.