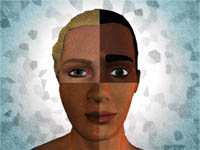 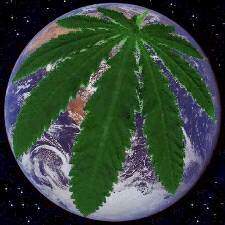 We are all travellers in the wilderness of this world, and the best we can find in our travels is an honest friend - Robert Louis Stevenson

Sitting in a bar/coffee shop, in a very happy state of mind.

Why, can't we use the herb, one day, once a year, completely relaxed, and with the same sense of freedom you feel, when in ?

A day of chilling out; a day for a BBQ; a party; having a laugh and meeting up with family and friends, both old and new ?

Knowing, that the non users around you, have their own point of view but we all live and let live ?

And if before that day, we could somehow get the idea around the world ? But how ?

The Internet for sure. But, also, if everyone wore a badge, in the build up to the day, would that get the message out there ?

A day of peace, love and unity.

And that maybe, just maybe, we could make it work.

It would take a lot of time, energy and commitment. We would also have to make money in order to survive but it had to be more of a creative enterprise than a money making one. We wanted to create something that would last and serve some sort of useful purpose. And to create something we would be proud of and believe in.

By the next day we had completely forgotten about it !

5 months later, catching-up with a North American cousin, the idea, including the badges, came back out of nowhere.

I knew it needed an identity if it was going to work, and he provided one straight away.

Instantly, I knew it was right. A eureka moment ! He shared his personal knowledge and told me to get on the Internet as soon as possible. I began to learn, and understand, as much as I could about 420, and the more I read, the more I felt this was meant to be.

I am eternally grateful to my cousin, because at that moment the whole idea came together.

A few weeks later, decision made - go for it.

The code, ' 420 ', (pronouced,' four twenty'), is already out there in certain parts of the world and has been, for over 30 years. A code that enables you to talk about, and/or show your support.

How may times have you been at a party, concert, festival, training event, business conference or outside a bar and wondered, who around you, likes the weed ? If only you could find out just by looking at someone ? Or by saying two simple words ?

To be able to open a conversation, already knowing you are talking to a like-minded person ? A person, that you never know, may become a new friend ? To be able to walk into a bar, order drinks and the stranger standing next to you, is wearing a t-shirt, with ordinary words and numbers to some, but you know the meaning ? To be able to talk to anyone, anywhere, anytime and share thoughts and feelings on a common subject straight away ? To know, they know, you know. To nod or smile or say hello.

Friends may ask about your badge or t-shirt, regardless of their views on marijuana, and you can then decide, whether or not, to pass it on. Strangers may ask about your 420 hat, out of interest or knowledge, either wanting to understand 420 or already knowing the script. Hopefully, people will talk to each other, face to face and via e-mail.

Maybe, send www.fourtwentyday.com  to someone who is travelling, so that, ' Four Twenty Day ', spreads all over the world.

To pay it forward. To have the debate. To talk about the history. To start organising the party !

To follow on from the beginning of mankind. To make a decision to try and change how the world view cannabis use. For one day, to become one community. A global village. A day of private and public parties.

A day to share. A day to spend quality time with like-minded people, both friends and strangers alike.

A day to feel free. A day to bond. A day to transcend politics. A day to chill out. A day of spreading peace, love and unity. A day to wear it and talk about it. Bake a cake ! But most importantly, a day to enjoy yourself.

The clock is ticking. We need to start the ball rolling - pass it on - pay it forward. Be seen wearing our colours.

To start creating the trust and loyalty we need to make the world a smaller place, if for only, one day a year.

Four twenty is our code. Our secret. Our way of letting each other know. Our way of education. Our way to show a knowledgeable, intelligent and united front, to a hypocritical world. And our way - all over the world - wherever you are -to prove what we already know.

We are the fabric of society and not a bunch of drug crazed criminals. We have families. We have jobs. We function like everyone else within the social mix around us. We cope with life just like everyone else. And we make an important and valid contribution to society.

We just, simply, like to use a plant that grows naturally upon our planet. A plant that also serves a variety of positive functions.

We do live in a hypocritical society where 'pot head' and / or 'druggie' are used against people who like to use a plant ! A society that believes once you have experienced marijuana you will soon be moving on to heroin or crack.

Does drinking beer automatically mean you will be moving on to a bottle of vodka a night ? And even if you did,

chances are, you would be endearingly classed, as simply, ' liking a drink.'

As the late, great, Bill Hicks pointed out; ' If someone is being aggressive in a bar or theatre or on the street, are they drunk or have they had a joint ' ?

A huge industry encourages drinking, yet use marijuana or buy a small bag of weed and you are a criminal. In the 21st century, surely, the time has come for a change. An intelligent, open debate as to the uses and control of marijuana in a civilised society ?

The level of commitment is your decision. But please remember, that the smallest things, can make the biggest difference.

Please support the idea and the day.

But, at least, give it a chance.

It is up to you. I hope you carry on reading, and enjoy the other pages. I hope, you have already started to feel as I did, back then in . I hope you now want to know more about the 420 culture.

Look around the web page. See what you think ? Share your views ? Start a debate ? Send out the web address.

' Four Twenty Day  / 420 Day .' I hope people wear something for themselves, or buy someone a birthday or Christmas present, and talk to them about the meaning.

I hope, that wherever you go, over the coming months/years, you start to see, Four Twenty Day , more and more.

I hope, that we can make it happen and have a fantastic day.

And finally, a big thank you, to you. For without you, it will not happen.

Only time will tell. 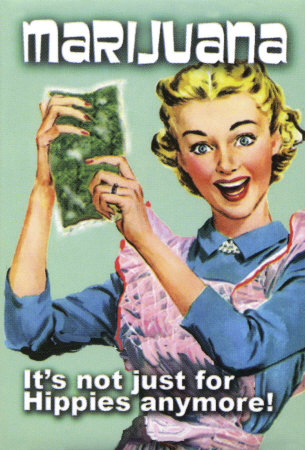